Elise Joonas successfully defended her doctoral thesis “Evaluation of metal contaminant hazard on microalgae with environmentally relevant testing strategies” on May 12th at University of Tartu.

Waterbodies are particularly at risk of anthropogenic metal contamination, because they are the final sink for these non-degradable substances. In this thesis, the hazard of metal contaminants was tested on microalgae – the basis of aquatic food webs. Focus was chiefly on emerging pollutants – metal oxide nanoparticles and doped rare earth element oxides. These materials are critical in sustainable energy production, but need to be thoroughly characterized for toxic effects due to their high bioactivity and potential for multifaceted toxic effects, respectively. In parallel, the known algicide copper was used in developing novel multispecies assays. Contaminant effects were studied in non-standard environmentally relevant experiments to better understand, how results translate from lab to field. We saw that metal nanoparticles were less toxic in natural water compared to usual synthetic medium, due to the protective effect of natural dissolved organic matter. Due to an up to 50-fold difference in resilience to inhibition by nanoparticles, it is useful to conduct experiments on various species. By measuring non-standard parameters, we found that rare earth elements affect algae either by directly damaging membranes or indirectly by binding essential nutrients. Titanium dioxide nanoparticles hindered growth by amassing around algal cells, while a non-standard stress parameter showed the cells’ photosynthetic capacity within these clumps was not greatly damaged. In multispecies assays algae were generally indifferent to the presence of other species in their response to copper. Cultures containing a mix of species produced more biomass even in contaminated water, due to the multispecies mix more likely containing highly productive or more toxicant-resilient species. Finally, we recommend to focus more on algal functional traits in ecotoxicology. Traits were good predictors of biomass production ability and resiliency to toxicants. 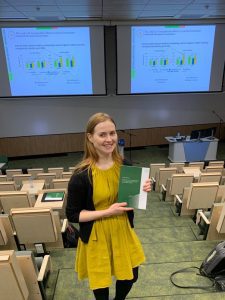